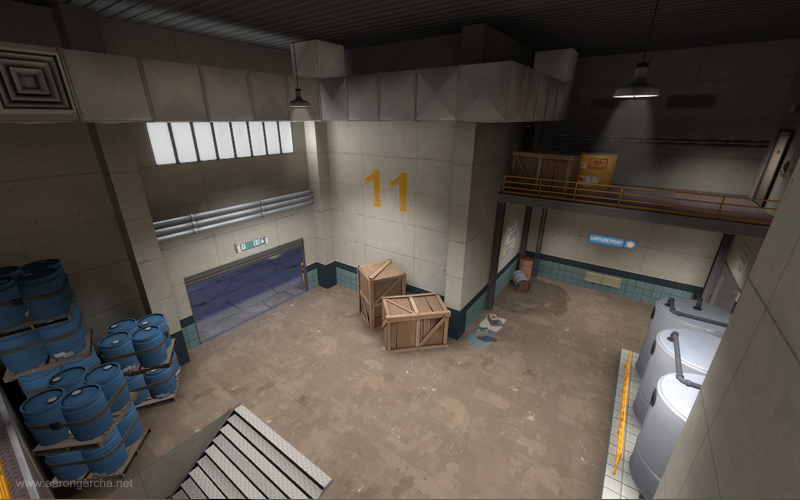 My entry into the TF2Maps 'Competitive CTF' contest, Converge is a CTF map where a single flag at the center of the map is fought over and must be delivered deep inside the enemy's base in order to damage and destroy a computer mainframe.

The map can be downloaded from the Steam Workshop here.

As this was part of a competition, I was tasked with creating a map within a 6 month period ranging from January to May 2010. This involved paper layouts, blockouts, testing and iterating, optimisation, implementing a new variation of CTF, and applying an art pass. 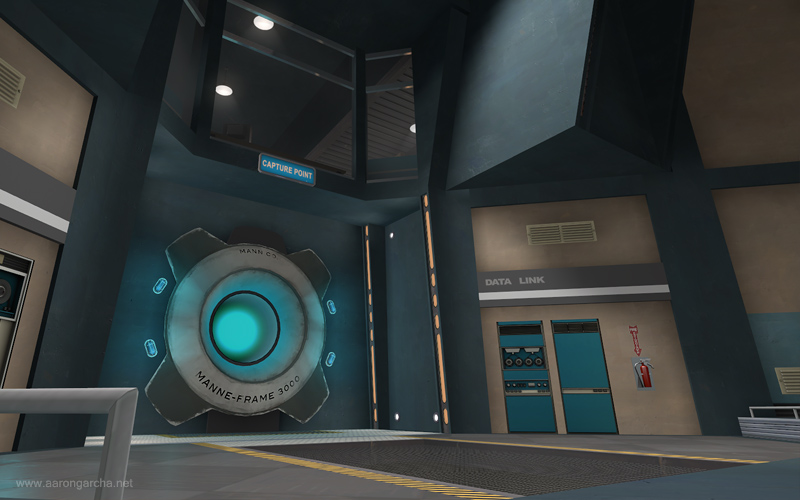 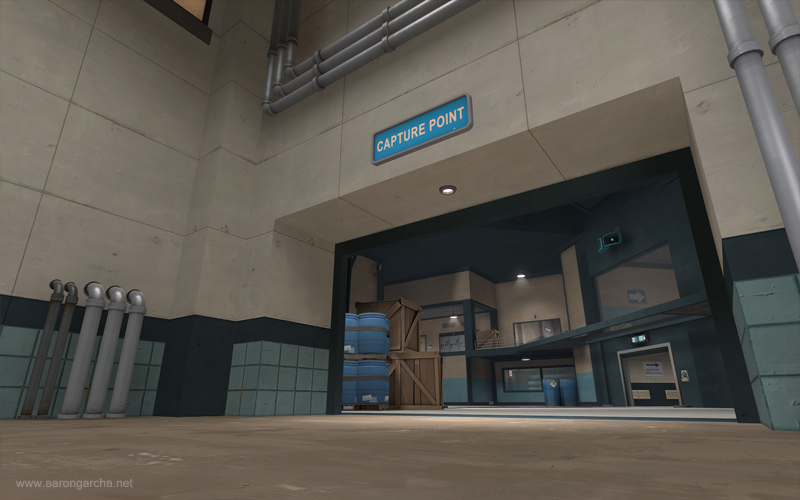 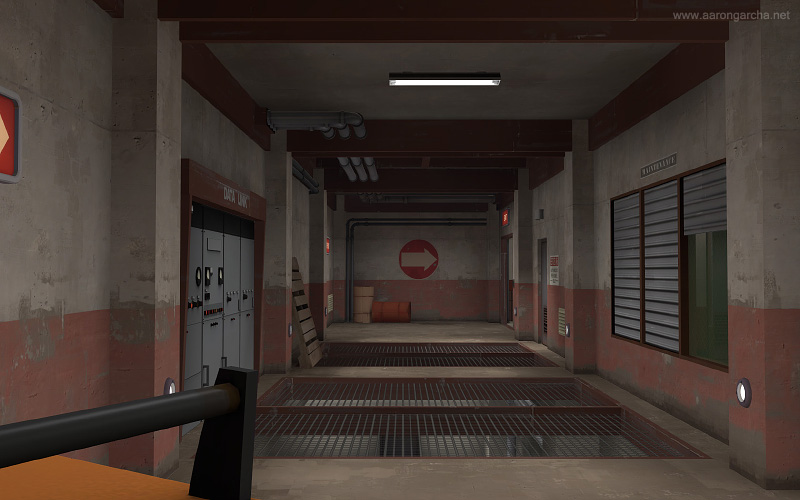 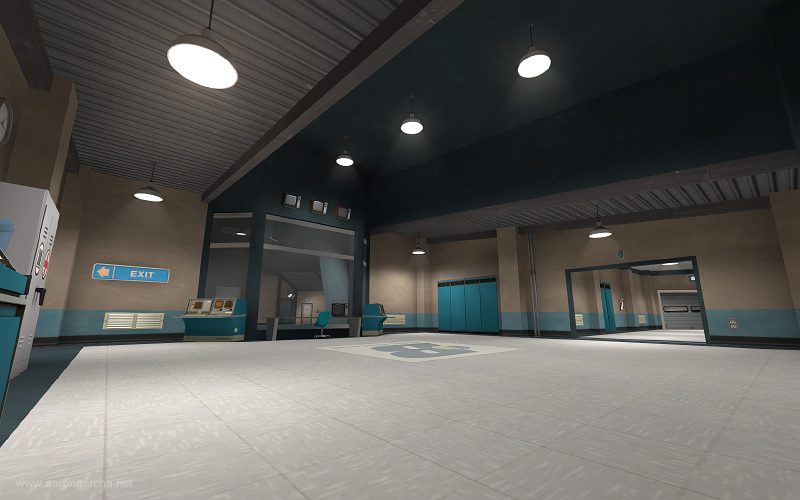 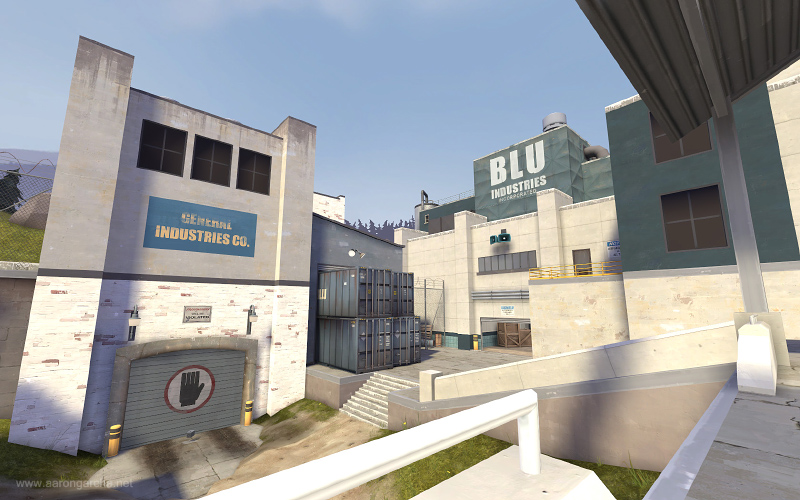 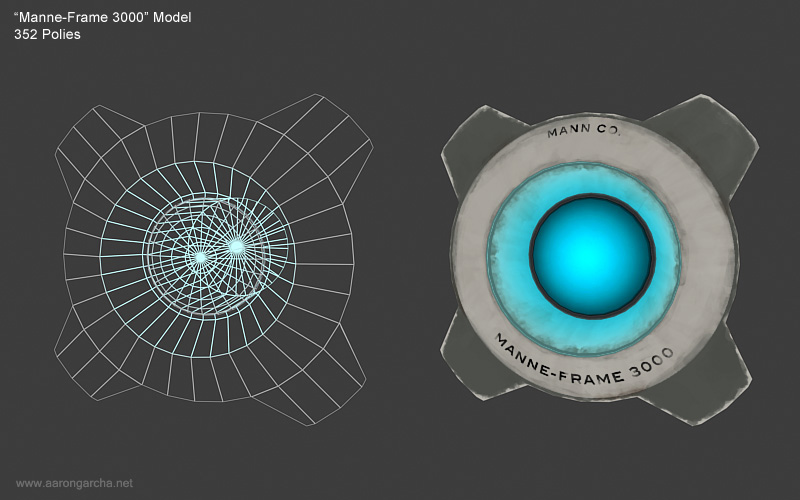 Like many people, I never liked CTF in TF2. It was never any fun and always felt like an absolute chore to play.

At the beginning of development, I thought about why CTF doesn't work very well in TF2.

The main issues are as follows:

These issues lead to long and boring rounds where both teams remain relatively static; a stalemate situation.

This is why I planned to create a map that implemented the same mechanics of CTF but with a simple twist which would lead to rounds that are far more dynamic.

The idea was something that has been done in countless games (including TFC, I believe) and is often known as 'Invade' which is as follows:

In addition to these core mechanics of Invasion CTF, I included:

An initial prototype layout for Converge was roughed out in about 3 - 4 days and several versions were developed and playtested for about 12 weeks during the contest. 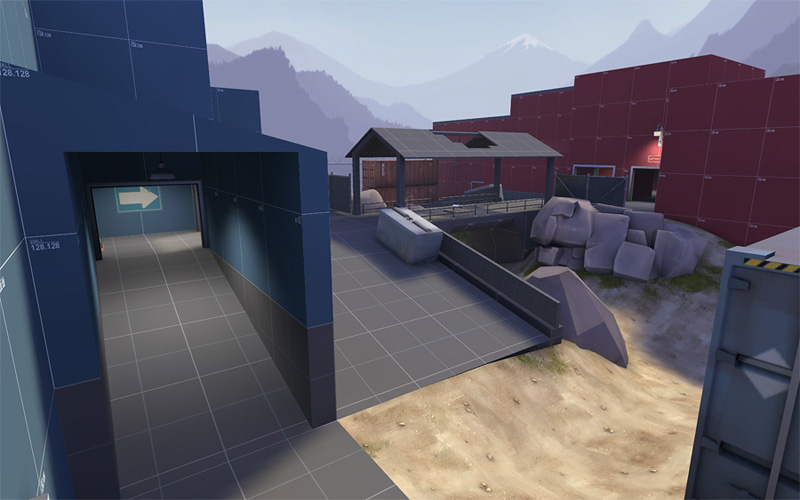 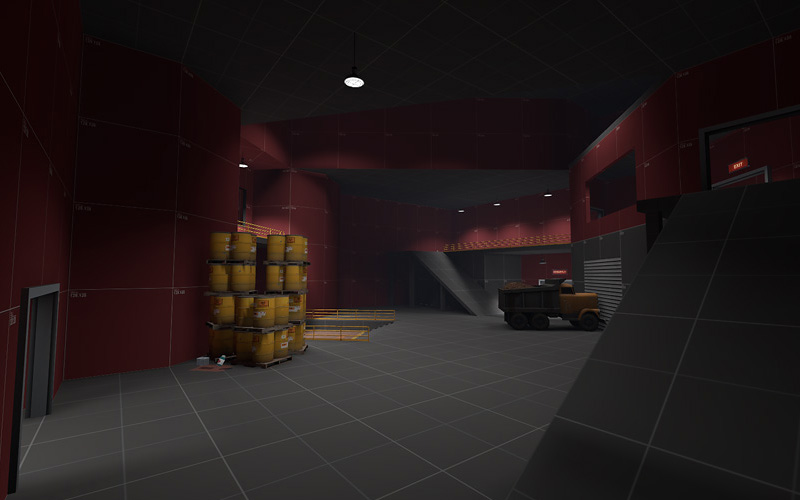 Early alpha versions of Converge. The angular design of the capture room remains to this day.

After that time, I pushed forward with an art pass which took about a week and on the final day included a 13-hour crunch to finish off various areas before the contest deadline.

Below is a description of the layout and the thought process behind each part. 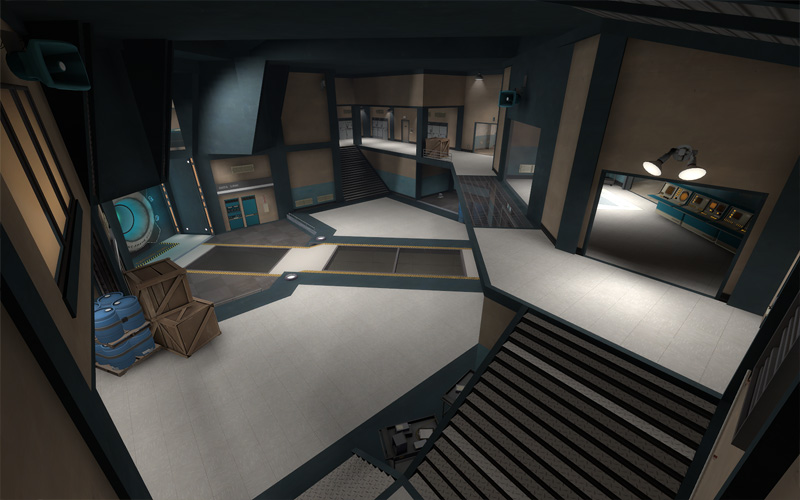 In the majority of CTF maps, the intelligence room tends to be small and easily locked down by a single engineer due to the lack of space and/or lack of routes in to the area.

My intention with the capture room of Converge was to go against this and make it difficult for a single engineer's sentry to cover the entire area, encouraging them to be a little proactive in their role instead of setting up their buildings and turtling for the entire round. 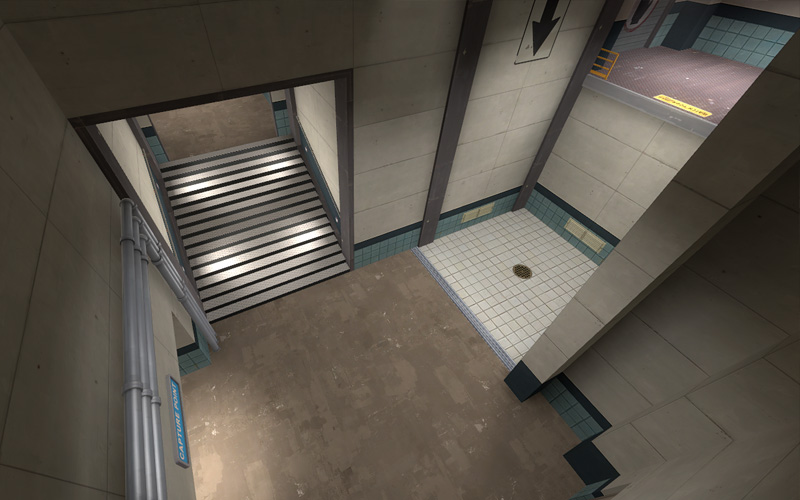 The far left flanking route for attacking players. Respawned players may appear from the ledge on the right who will instantly have a height advantage over any pesky enemies passing by.

The far left and right routes offer attackers the chance to take out sentry guns from afar (at the risk of spawning players raining on their parade) whilst the main upper and lower entrances that run straight down the centre of the room offer the shortest but least vulnerable path to the capture area.

These give attacking players plenty of choice balanced by pros and cons for each path as to ensure that not one particular path is used every time. 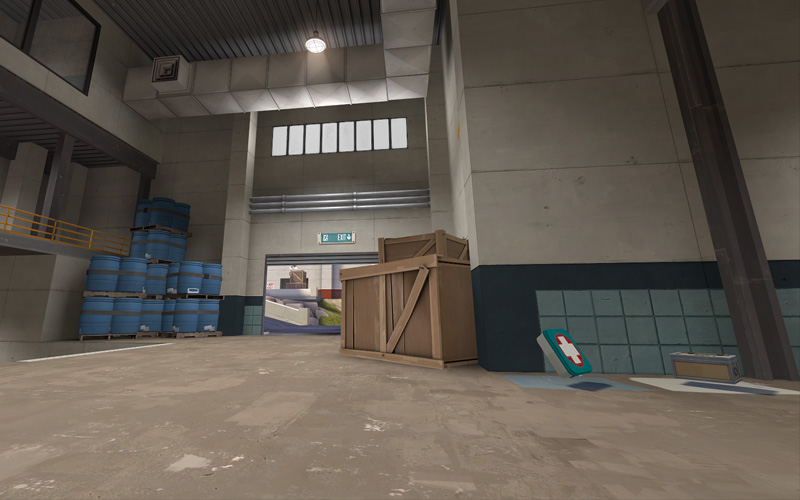 The right exit from BLU's base.

At the front of the bases, I situated ammunition and health near each exit just beyond a direct line-of-sight out into mid as to help support players trying to push out of their own base. 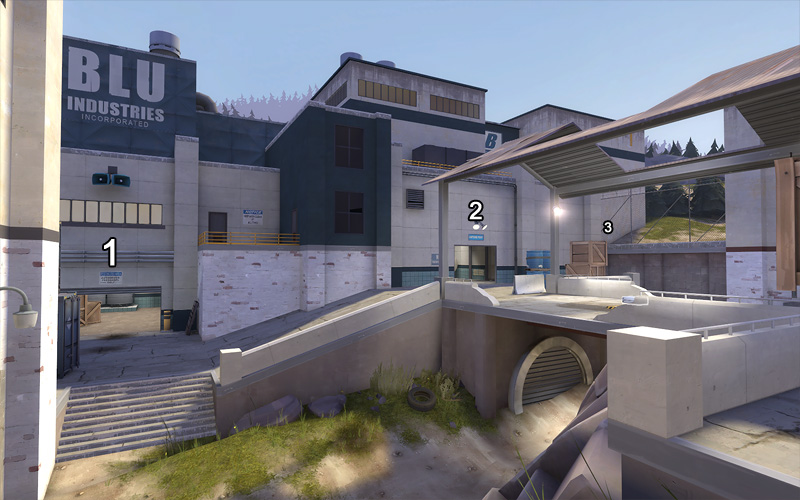 The central area of the map offers 3 entrances into each base; 2 main ones and a single one-way drop-down that serves as an exit from the base but can be used as an entrance by demomen, soldiers and scouts.

Initially, the entrances/exits were much further apart but after playtesting I decided to shorten the gap between the entrances/exits and reduced the width of the area so it became fairly narrow. I wanted to make sure that players weren't spread too far apart and I didn't want the flag carrier to be given too much space to move around as this would make it far too difficult to stop them on their path.