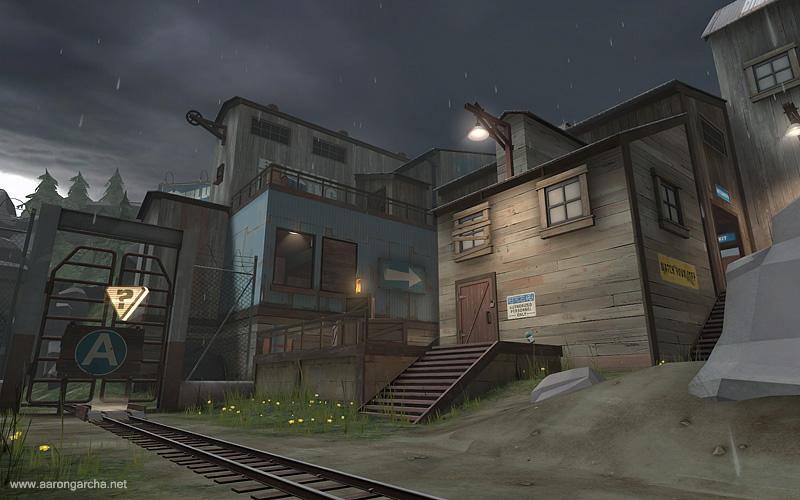 Winner of the CTFPLR contest, Nightfall is a 3-stage map designed for the Payload Race gamemode. Learning from the original PLR map Pipeline, it was my attempt at solving issues with both the map and the gamemode by featuring a less convoluted layout and including the addition of an anti-stalemate mechanic that guaranteed rounds would end.

It was Valve level designer Dario Casali's favourite map of the contest, and thus it was officially included in Team Fortress 2 as of February 2011.

As this was part of a competition, I was tasked with creating a map within a 6 month period ranging from May to November 2009. This involved paper layouts, blockouts, testing and iterating, optimisation, implementing gameplay mechanics, and applying an art pass. 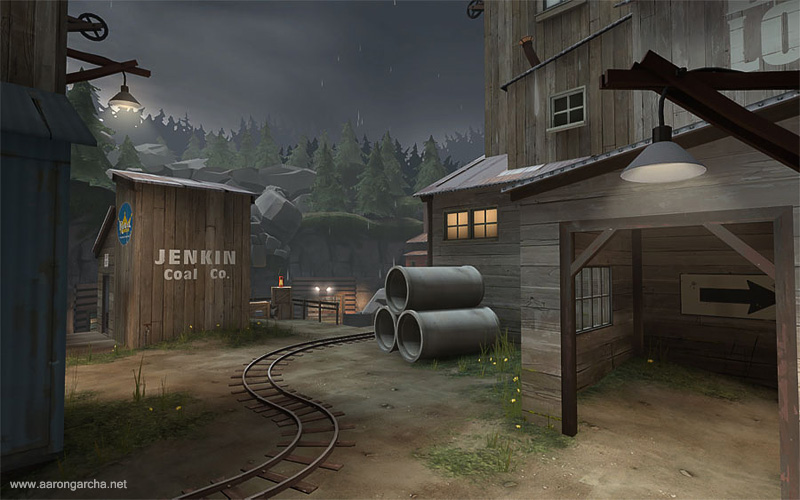 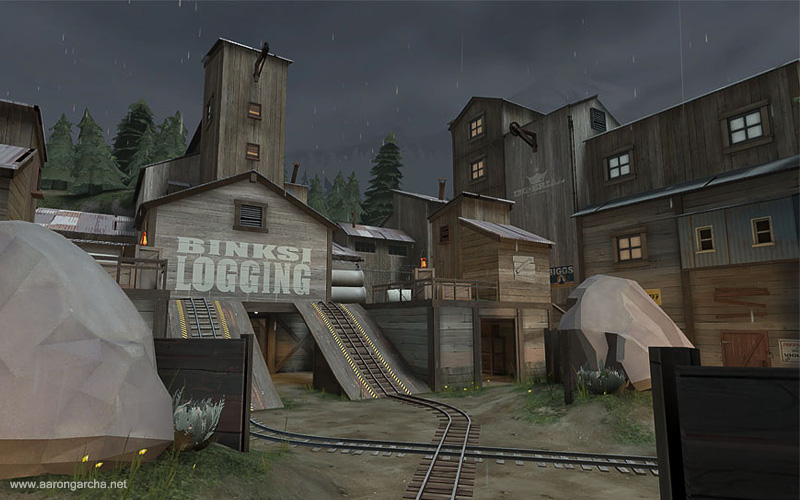 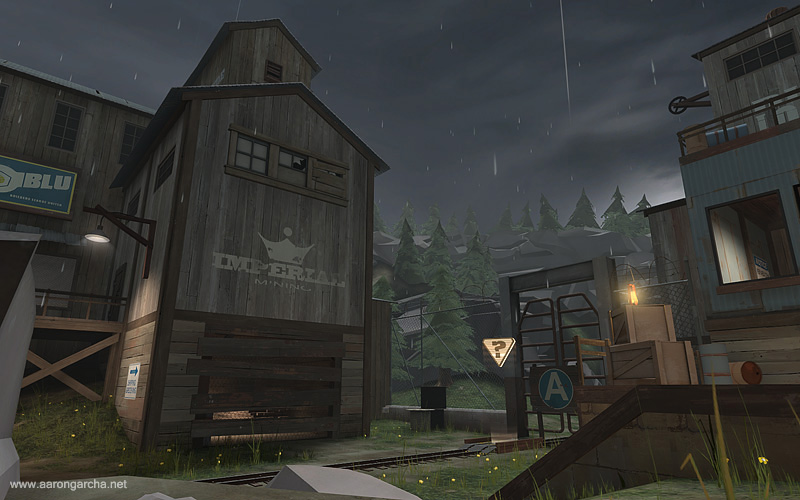 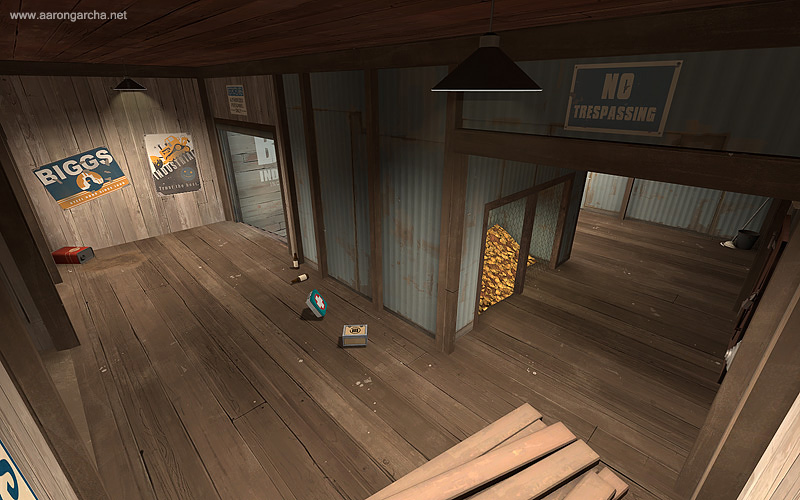 Shortly after the Spy / Sniper update of '09, TF2Maps.net were hosting one of their annual mapping contests. This time around contestants were given a choice between two new game modes: Payload Race; a game mode recently added in the form of Pipeline; and community-made Attack and Defend Capture the Flag.

My game mode of choice was Payload Race: a symmetrical game mode where both teams have to push their cart into the enemy base until it reaches a checkpoint. The first team to successfully push their cart to the checkpoint is deemed the winner and the game progresses to the next stage of the map. 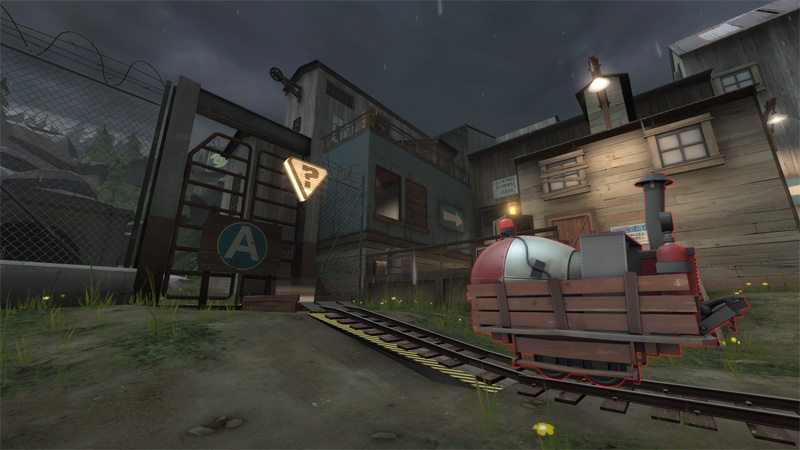 Before even putting pencil to paper I analysed Pipeline (the only existing PLR map at the time) to see what works and - importantly - what didn't work as to understand exactly what I wanted to achieve with my own map. Thus I came up with the following principles that I would follow when designing Nightfall:

By following these principles, Nightfall ended up as a map that had a different feel from its bigger brother Pipeline, which ultimately made it more enjoyable.