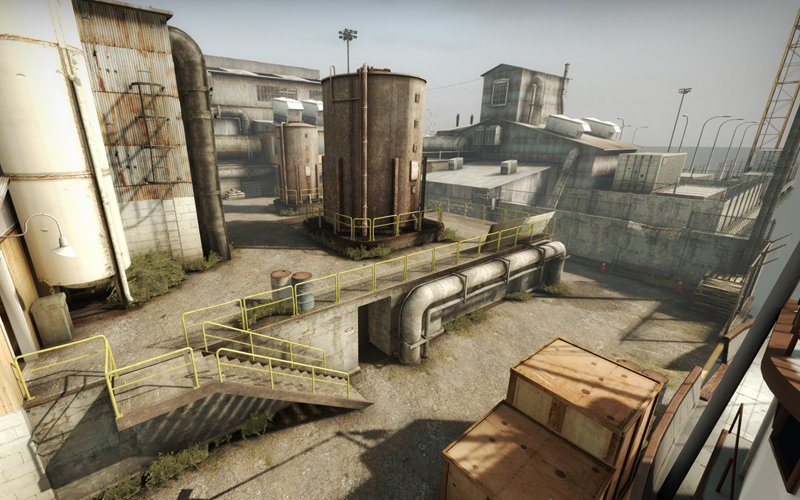 Fight through a dilapidated shipping yard in this decaying and unkempt 12-player defusal map.

The map was chosen by Valve to be included in Counter-Strike Global Offensive as a part of Operation Breakout.

This map was developed in my spare time in an on-and-off fashion over a period of about 10 months. Work on this map involved creating paper layouts, blockouts, and plenty of playtesting and iterating.

After a lengthy period of downtime, I spent about 4 weeks rebuilding the geometry of the map as part of an artpass process and a further 2 weeks tweaking the layout and performing optimisations. 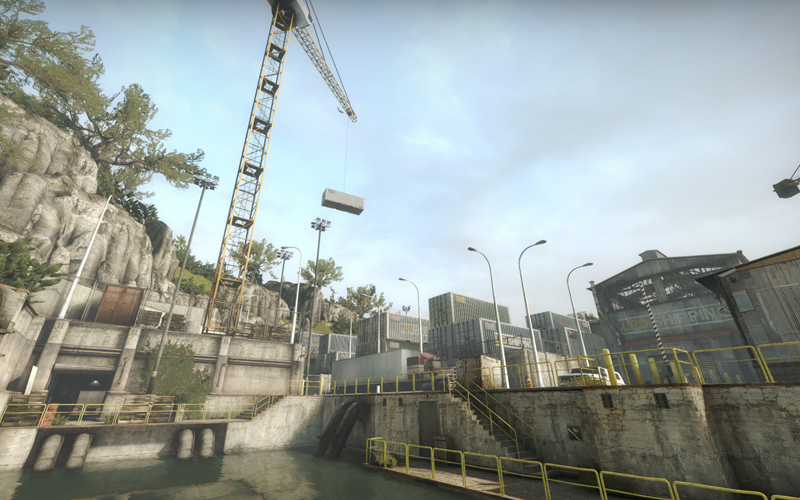 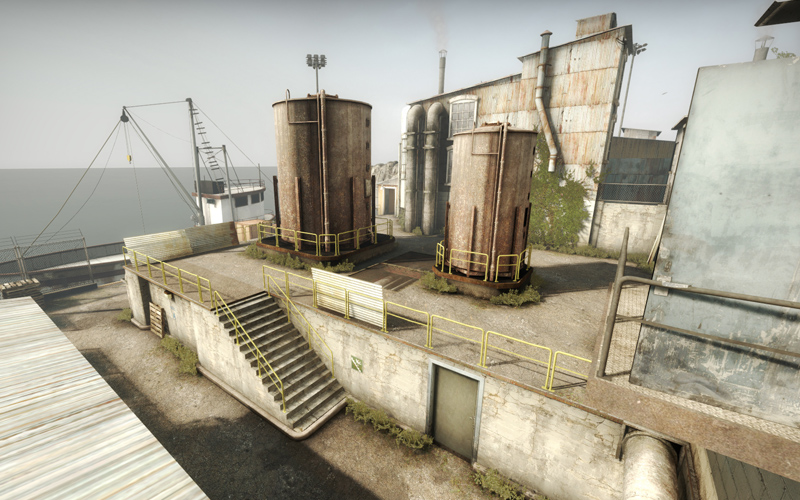 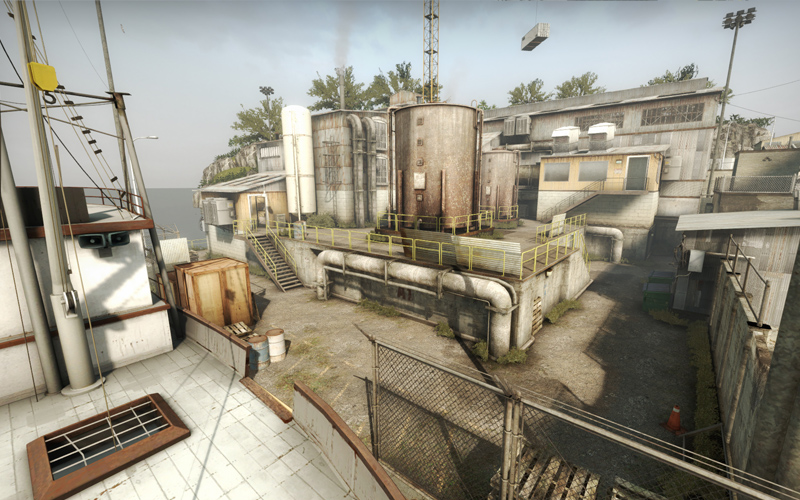 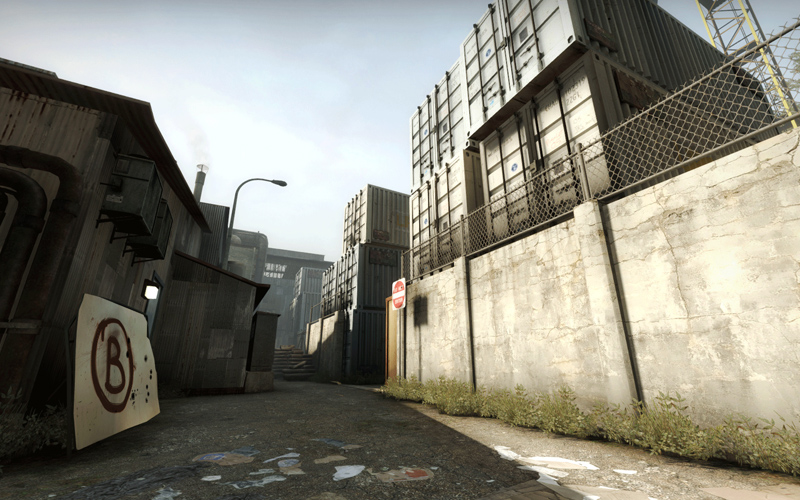 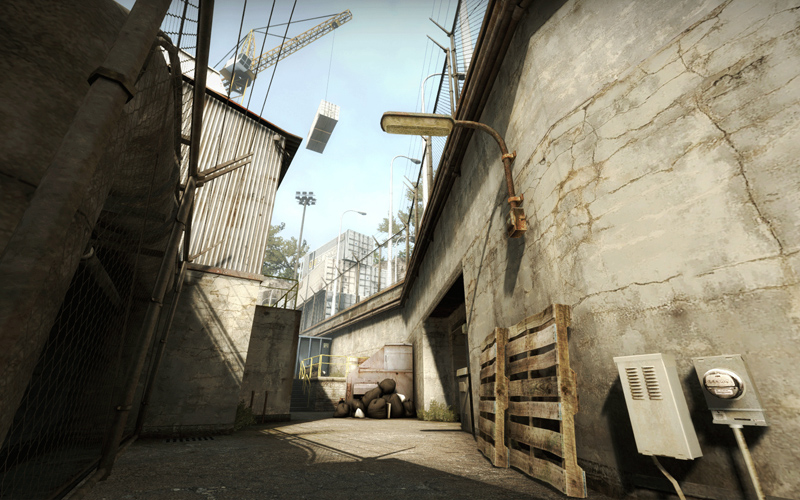 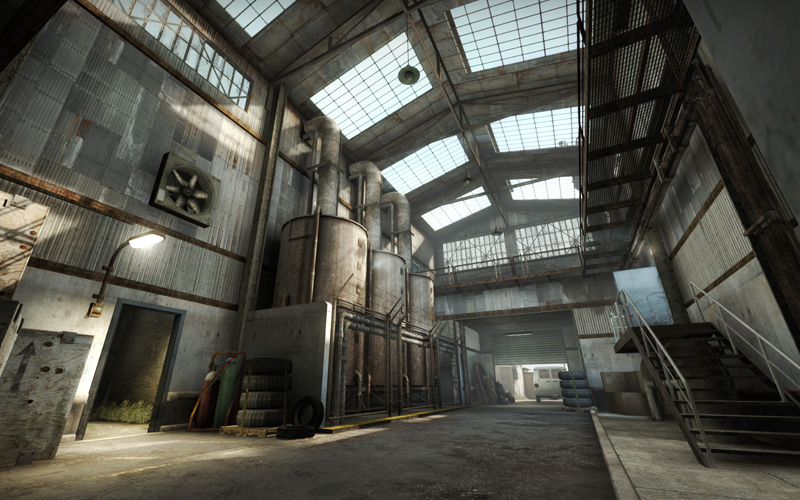 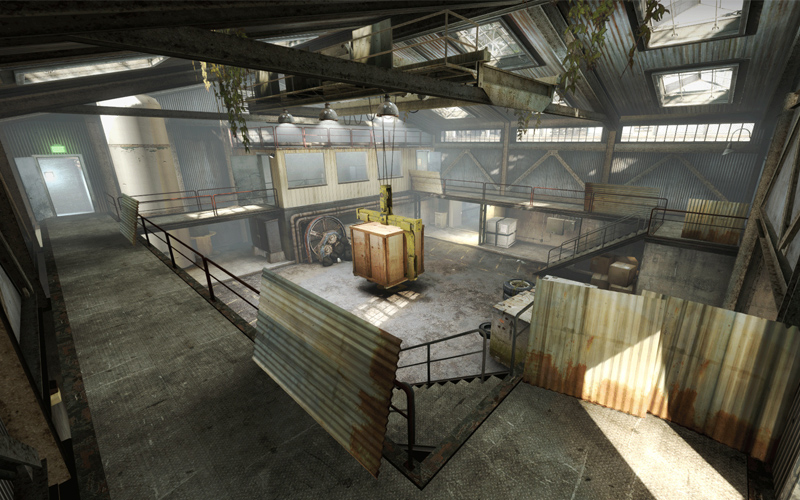 Initially, Overgrown was to be known as Icebound, a dilapidated and snow-laden map set in Eastern Europe. For a short while, this remained the case as the map went through the process of being playtested and iterated with the help of other players. But after the map went into hibernation for several months, I came back and had a change of heart. The idea of a grey, murky environment no longer held appeal and I believed it would have been detrimental to player’s perception of the level. As such, I inverted the thematic with the dilapidated feel remaining but the lighting being switched for a sunnier and more inviting environment. 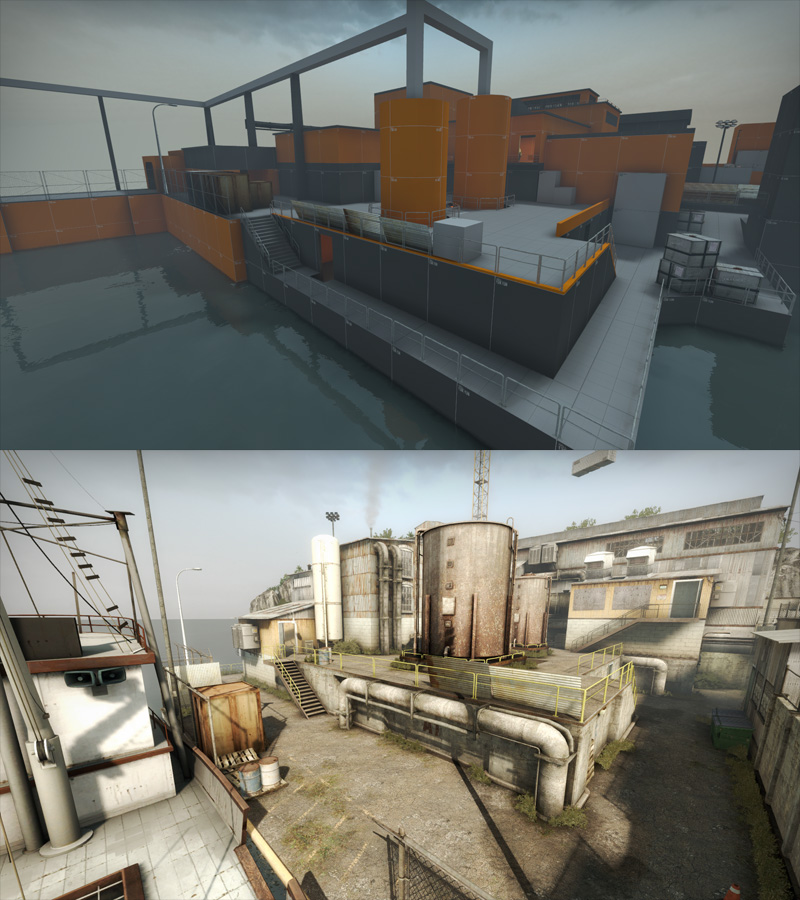 As for the layout of the map, it was designed around the ‘beats’ and ‘motifs’ that can be found in all the stock defusal maps in some form or another. By analysing existing stock maps such as Nuke, Dust2, and Inferno, I came up with the following guidelines:

Ensuring that Overgrown's gameplay matched up to the same standards that have been set by other maps was of great importance as it would provide the experience that players expect of a quality map and after having a fair amount of good games on Overgrown, I can say that following these guidelines seemed to do the trick!